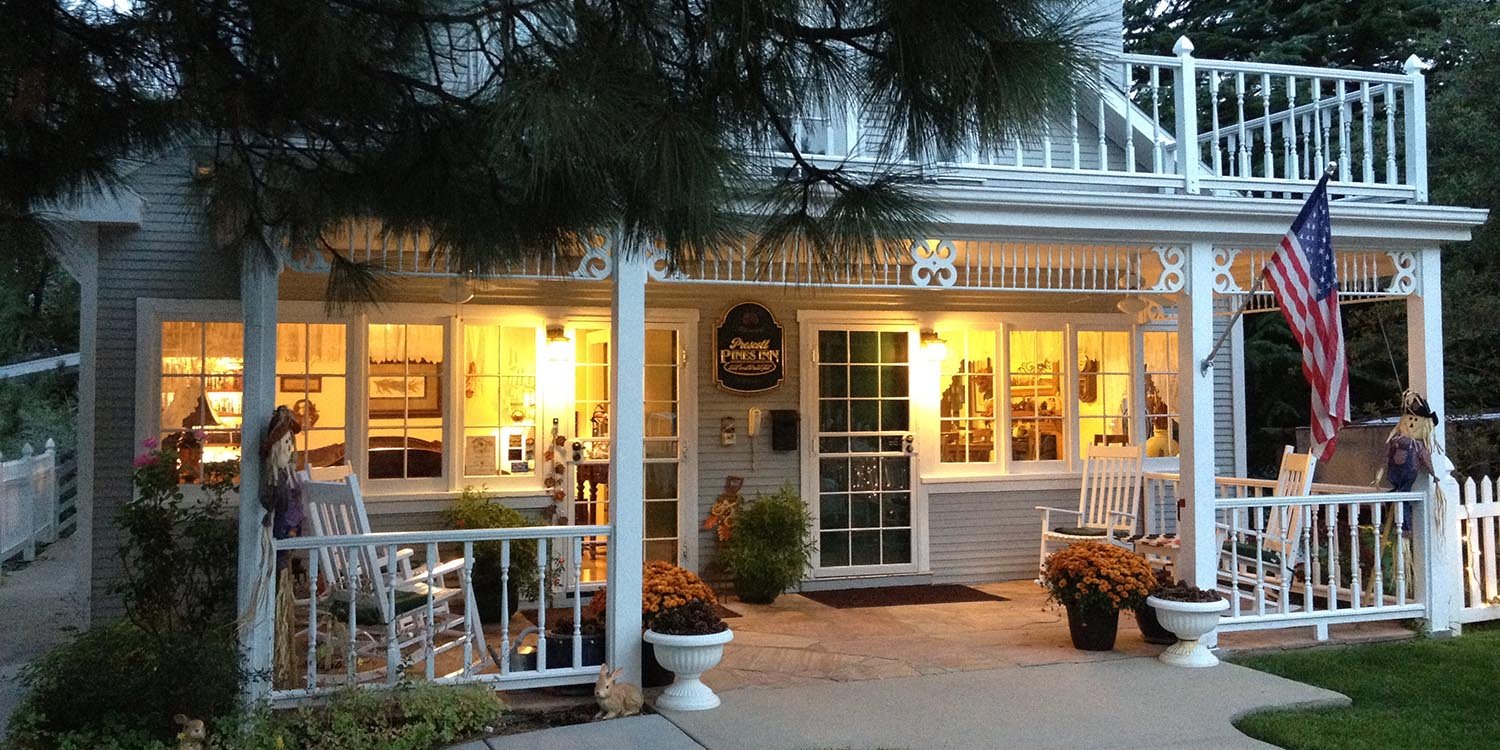 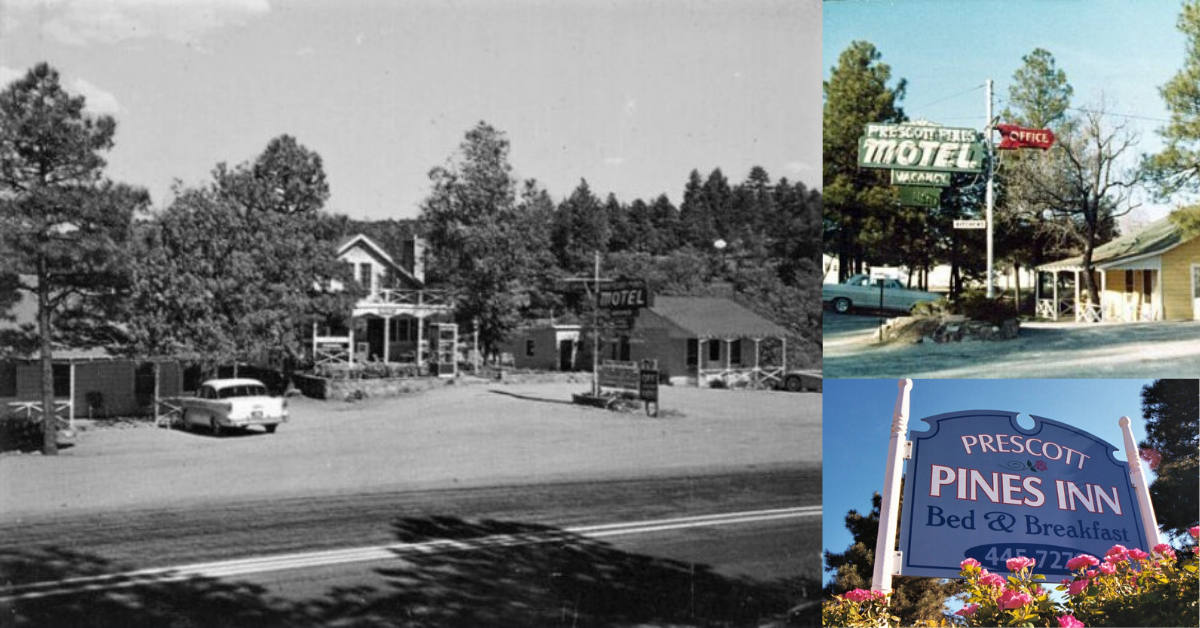 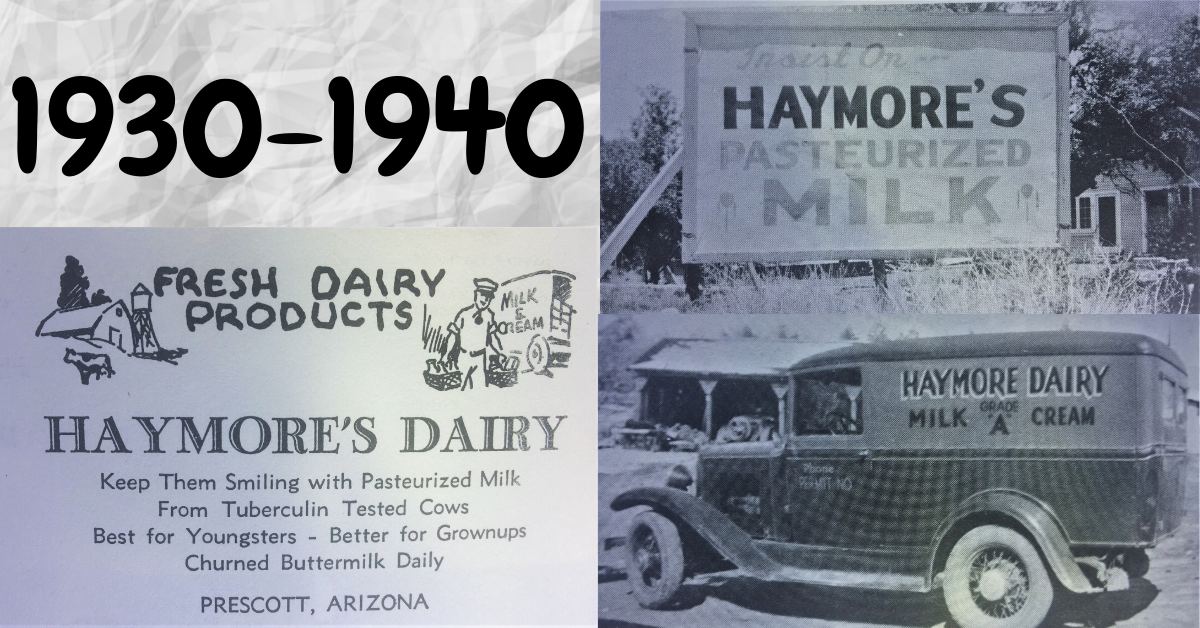 History of the Inn

The Prescott Pines Inn shares a rich history that goes back to 1863, a year before Prescott became the first territorial capital of Arizona, when Judge Hesekiah Brooks moved to Prescott from California. His log cabin home on Granite Creek was known as the Brookside Ranch and included the acreage where the Inn sits. In 1909, two years after Judge Brooks’ death, the ranch was sold to Mr. & Mrs. Eugene Neuman (for $3,150). The ranch land was cleared, planted in fruit trees, and renamed the Brookside Orchard. One of the original apple trees still bears fruit and shades the Inn’s patio garden area.

Twenty-three acres of the orchard were sold to Merle Allen of the Allen Trading Company in 1927 and became known as the Haymore Dairy when purchased by Arthur S. Haymore in 1934. The Haymore Dairy provided milk to the townspeople of Prescott for over a decade. The Inn’s main house was built by Arthur & Abby Haymore as their home, where they raised 14 children. Inn guests are welcomed through the home’s original double front doors, indicative of Mormon architecture. In 1948, the Haymore’s sold the dairy. Photographs taken of the Haymore family and the dairy (circa 1948) are on display in the living and dining room.

The property first became a lodging place in 1952, welcoming travelers coming up Route 89, then the main road from Phoenix. In 1979, the Inn was a set in the movie Wanda Nevada, with Peter Fonda, Henry Fonda, and Brooke Shields.

The property was lovingly renovated by Mike Acton and Jean Wu who purchased the property in 1987 creating a cozy country Victorian bed & breakfast and accommodations. Tony and Janet Fenner continued the development of the Inn by creating a blend of an English country garden and mountain pines retreat. In March of 2011, Dawn Delaney and Lisa Carlson purchased the property and continued the renovations, modernizing and updating the decor to its current state of rustic elegance. The current owners, Rick and Karen Matvey, took ownership in June of 2017, and plan to add more amenities and events including small weddings and family reunions. Call for more details. 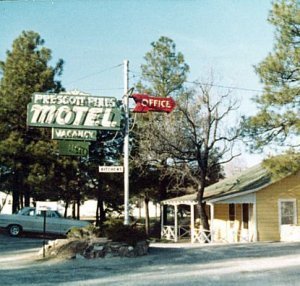 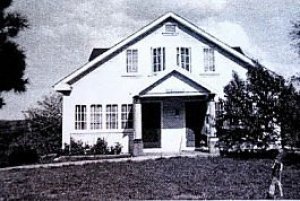 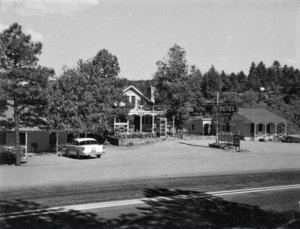 Our goal is to provide you with great service, clean and inviting rooms, a delicious gourmet breakfast each morning, beautiful grounds including private and public seating, gas grills, and fire pits all at affordable prices. The reviews on Facebook, TripAdvisor, Google, and Yelp reflect our success.
Please note: No pets - No smoking (other than designated area) - Children under 10 only in the Lodge